5 Ways to Be the Ultimate Badass

Before I begin this post, I’d like to invoke the persona of one of the most memorable badasses the world has watched on celluloid. That would be none other than Jules Winnfield, the coolest and the most memorable character of the movie Pulp Fiction.

At the start of the movie, he is shown to be a foul-mouthed, lean, mean hard-ass hitman, but as the movie progresses, we see a different side to him as he finds new meaning in life and stops killing for money.

If you’ve watched Pulp Fiction, I bet the first thing that comes to your mind when you think of Jules Winnfield is his wallet with the words Bad Mother Fucker inscribed on it in retro-style bold letters. That wallet managed to strike a chord with you too, didn’t it? Well, the good news is that you can now get your hands on your very own Bad Mother Fucker wallet at our online store.

But know that this wallet ain’t the kind that you flash at others without having the attitude to back it up. If you’re not a badass yet, read on to know exactly how to be one with a Jules-ish aura; someone who deserves to carry around a wallet that is as tough as him.

Confidence (as opposed to cockiness) can get you anything you want. Which is why it is an absolute essential in a badass guy’s arsenal.

A badass knows what he’s talking about. He puts things across articulately, and without being a loudmouth. When he talks, everyone shuts up and listens. Not just his mouth, but his eyes and body do the talking too. Sometimes the shoes talk as well!

Everything about him radiates confidence and nonchalance but at the same time you know he’s always ready for the tough questions too. He doesn’t stammer, and he doesn’t believe in setting limits or sticking to them. Women find his confidence attractive. He believes no woman is out of his league. Even if she does turn him down, he knows that all’s far from over.

Unless you’ve messed up, stop apologizing about things going wrong around you.

If you want to say something, do it with kindness. Being a badass is not about having a bad attitude or stepping on people’s toes. In fact, that’s the last thing that it is. It’s all about standing up for yourself and not letting people walk all over you.

A tough guy doesn’t tolerate disrespect towards him, but doesn’t fly off the handle for every minor thing either. A badass stands up to those who dare to offend him, not necessarily by getting into fisticuffs with a 300-pound biker, but by telling the office gossipmonger to stay out of his business and follow through with it. 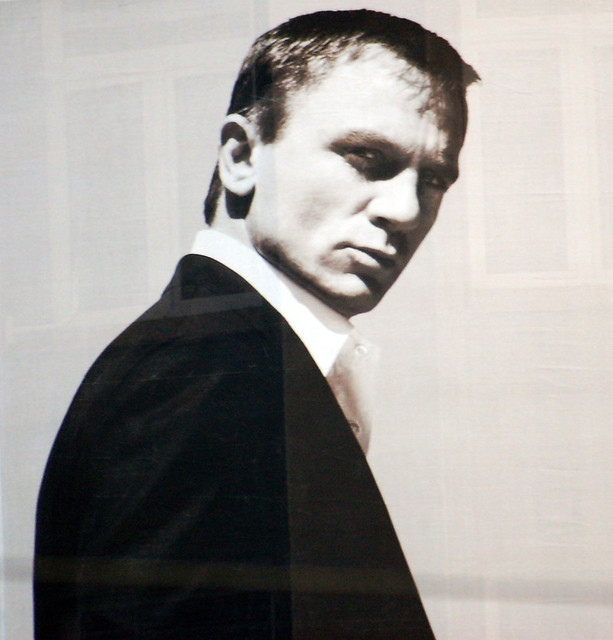 Tough guys talk less and do more. That’s because they don’t feel the need to talk much. One seething glance of theirs is enough to express all that needs to be said. Should they need to speak, they will keep it clear and precise. They do not bother reacting to every small thing that goes on around them.

They’re not perturbed by situations of the so-called “awkward silence” and will not put in an iota of thought in trying to fill them up. They’re cool, they’re calm and their demeanor is unwavering.

If silences make you nervous, think of Clint Eastwood and slowly you will realize the true meaning of the adage ‘Still waters run deep.’ Mask your nervousness by projecting yourself as a man of few words. 4. Work On Your Style

Tough guys usually have a ‘been there, done that’ feel to them. There’s nothing that they haven’t experienced, and there’s no question that they don’t have the answer to. They have a big attitude and their clothes match it, without trying too hard.

There’s no particular badass uniform since most badasses have a style of their own. You need to pick whatever makes you feel and look tough. It could be a classic black leather jacket worn with a pair of frayed jeans, or it could just be an unkempt grunge shirt and faded denims. No one does the unkempt look better than the badasses. Even their facial scars, the wrinkles and the stubble seem to be a part of their style!

The real badass couldn’t care less about masking his true emotions in order to please others or get their approval. He knows who he is and what he wants. Because he is near-perfect (since it is said that there’s no such thing as perfection) in everything he does, he is very unlikely to suffer incompetent people. If he is displeased or annoyed with something or someone, he lets it show on his face and through his attitude.

A tough guy will not worry about other people’s opinions of him. He will not agree to something he doesn’t believe in or nod his head in approval of every sentence he hears. He doesn’t smile much at others either, he makes them earn it. His smile is like a compliment in itself. He can be extremely intimidating if he wants to. When having a conversation, he may simply stare at the other person and answer with either a yes or a no.

One might wonder if being a badass will payoff for them, with so many “nice guys” around. The answer is a thumping yes. Their bad rep is a part of their charm. They have the answers, the power, the respect, and the women! They run the show. No wonder Jules Winnfield stole the limelight in Pulp Fiction!

Posted in News By

We like to party and we want to see you party. So give us a shout out and you may get rewarded.

Products That Are Hot!